Cyclist's Britain, Richard Ballantine 1985. A £7 atlas on how to cycle round the UK. Routes mapped out, with not a helmet in sight. 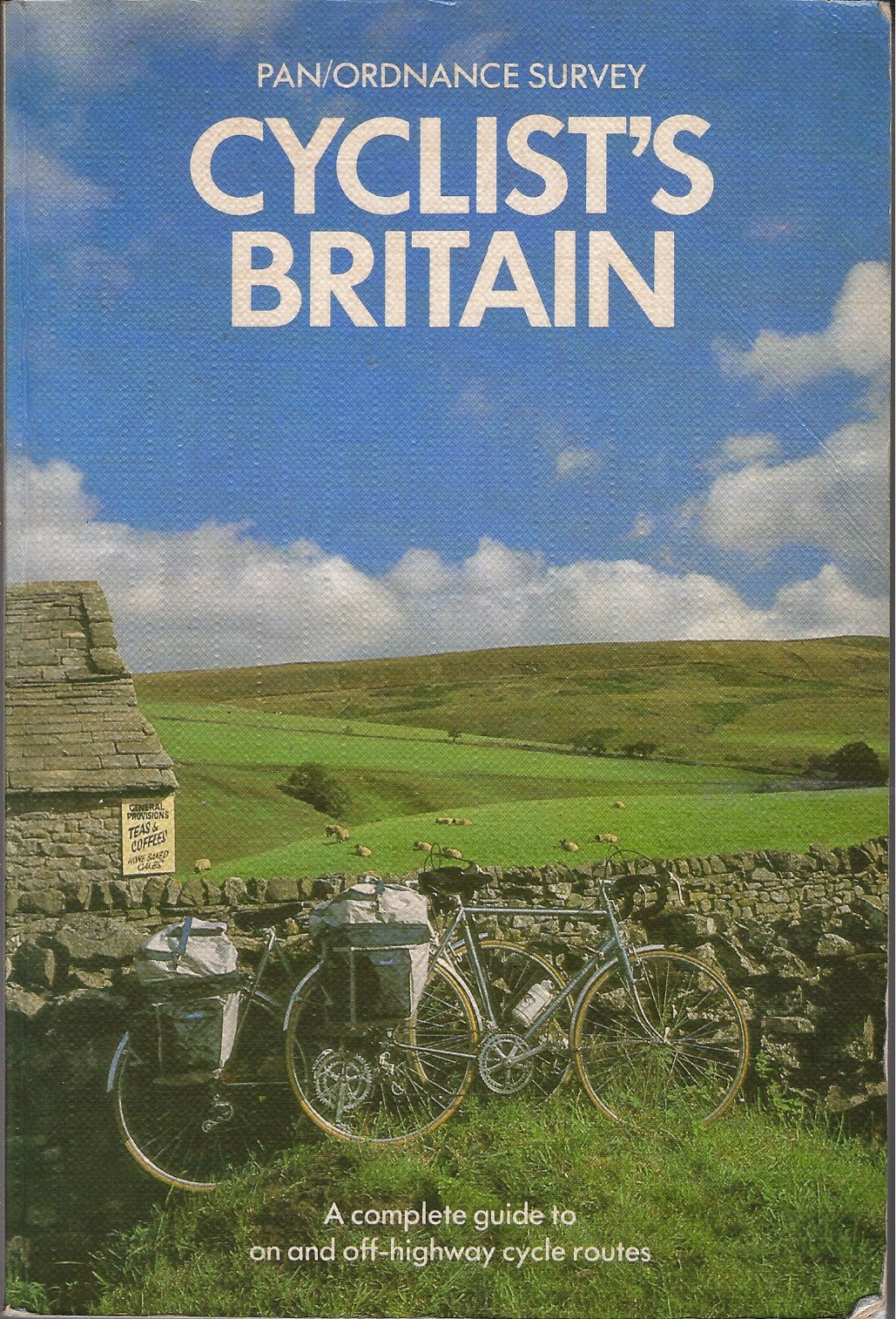 Some things stand out. This section would have Hembrow reminiscing about why he left, Freewheeler expressing despair. Read it all 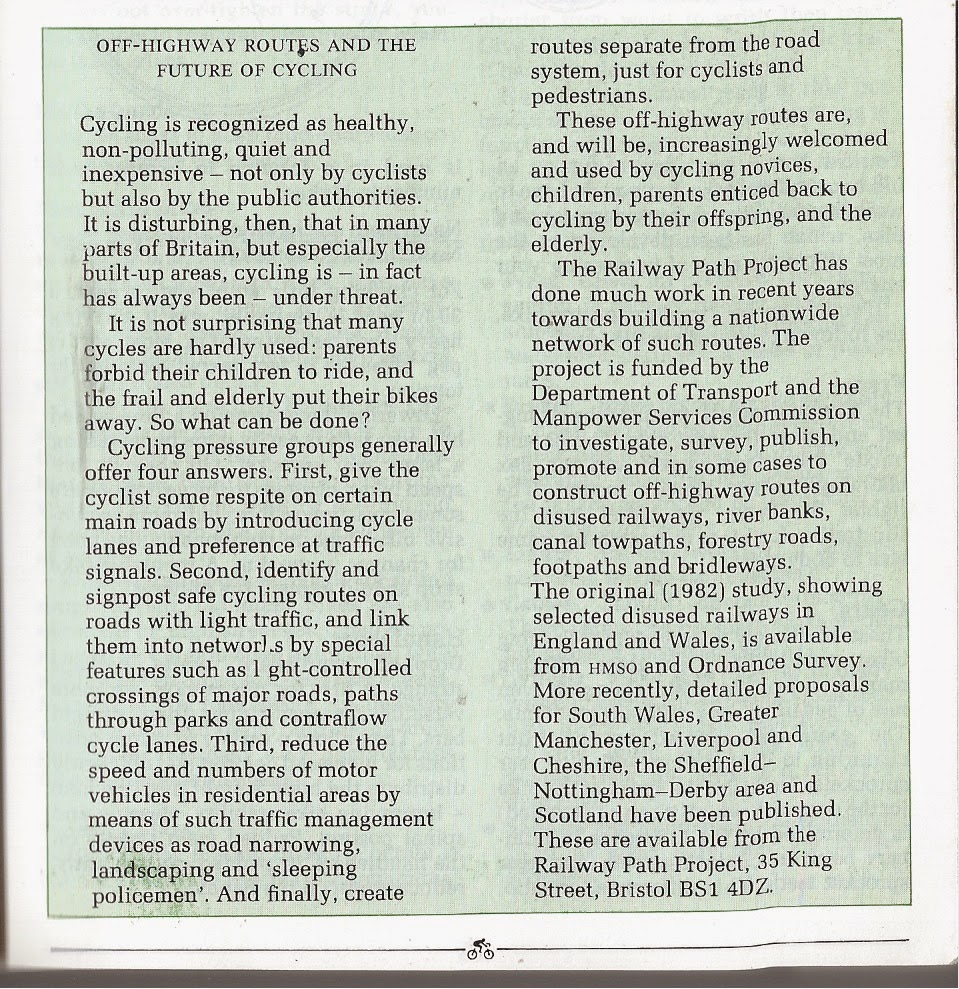 Summary, cycling is under threat, children and the elderly aren't cycling, what to be done


With hindsight
This vision sounds good. and the railway path grew to becoming Sustrans. Which is now the obstacle, as they are endorsing quietways which don't kill the ratruns, turbo roundabouts and now gravel tracks that only a subset of bicycles can ride.


Finally, the page covering "Avon". What's changed since then? 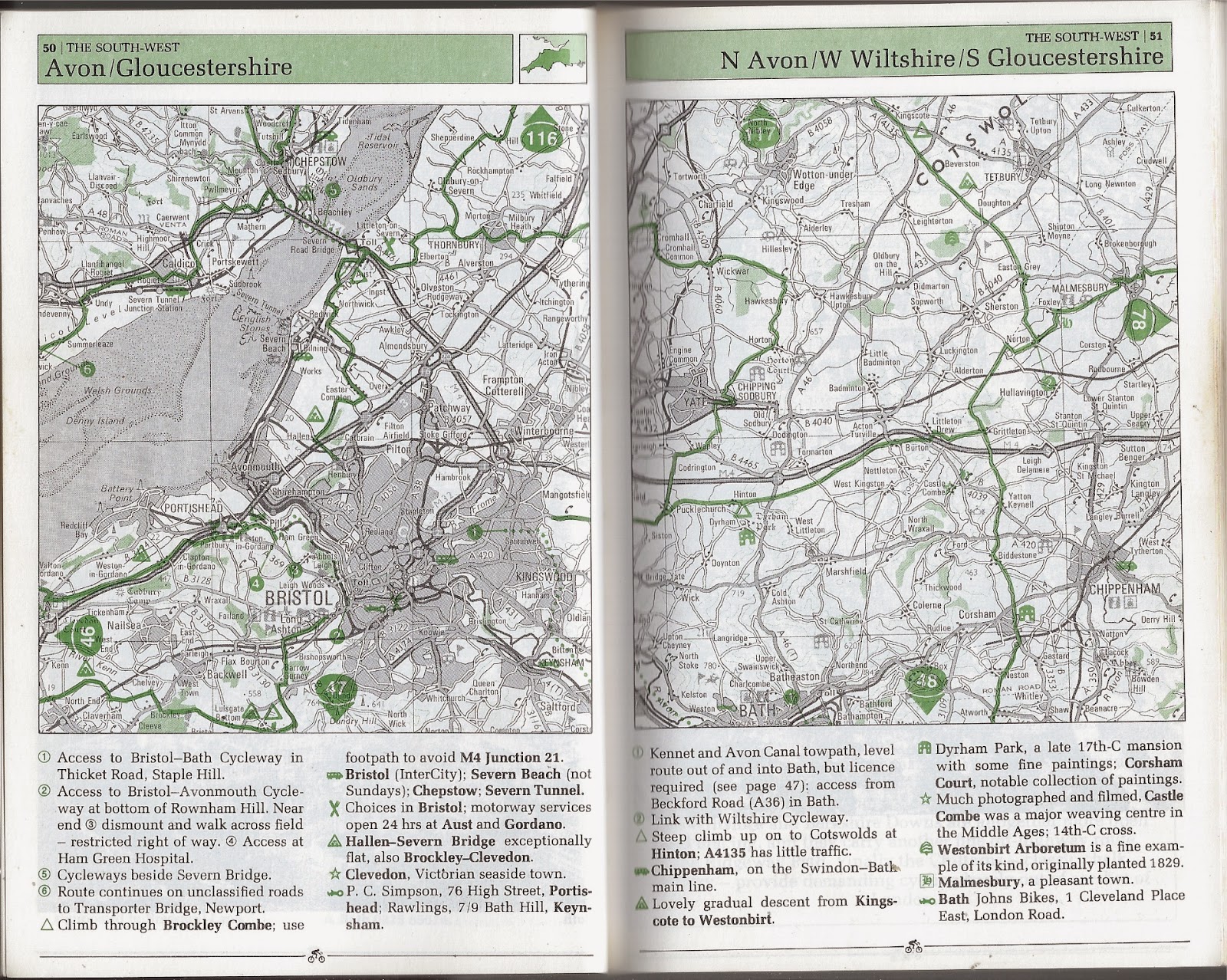 That's it. Tens to hundreds of £millons on motorways and bridges, new ring roads. And we get: a slightly longer railway path and a sustrans whose endorsements are becoming a farce.

And that railway path is the showcase of the railway routes. It's incredibly popular in Bristol...it gets those children, the families, the elderly, the disabled. But it also highlights that we got what: yellow paint, signposts to back roads and next-to-fucking nothing in terms of cycle infrastructure that's usable.

Paint on the roads: we should come out and oppose that outright. All it does it provide short-stay parking for drivers, and somewhere for other drivers to expect cyclists. ASLs? Nothing. Quietways? Maybe with the cut-throughs —but only if the rat runs are eliminated. But they aren't infrastructure -they can get stolen on a whim, painted out one day, or destroyed by some new building work. And because those things are shit, they don't get the familes out, and they don't get anyone defending them.

What went wrong? Lack of focus, and failure to get the funding. Which means: failure to shout large enough compared to the motorway lobby.

Posted by People's Cycling Front of South Gloucestershire at 20:14