Nobody should be buying a new diesel car

Apparently in January there was a 4% drop in the sales of new diesel cars.

This might seem a good thing, and while it's a start, it's not much of one. What you may be seeing is a change in purchasing decisions by those people who care about urban pollution —in a month when the NOx pollution in cities was at such a level that it got lots of press.

What that is not evidence of is something more significant: a decision by the majority of new car owners to opt for petrol cars. And why would they, when the cost of Diesel fuel is little different from that of petrol, you get better mileage, and there's no penalty for opting for diesel? Especially as all the manufacturers are saying "EURO6 diesel is clean", meaning "ignore dieselgate and the fact we have until 2021 until cars actually meet the real world EURO6 tests". While the term "conspiracy" is usually a bad sign, here we are seeing the car manufactures of key countries in Europe: Germany, the UK, France, Spain(?), pushing hard for diesel against hybrid/e-car alternatives, their governments setting the EU standards. There's a big reason that US diesel limits are so much tighter than EU ones: the car industry there hasn't embraced diesel, isn't committed to it, and so hasn't been pushing for relaxation.

Here though: the car manufacturers like diesel engines, customer sare happy to buy new diesel cars, and the governments have been going along with it. Take for example the UK being taken to court over NOx pollution. The entire policy of the government has been one of believing that EURO6 will fix things. They too fell for the lies, and we are suffering for it. 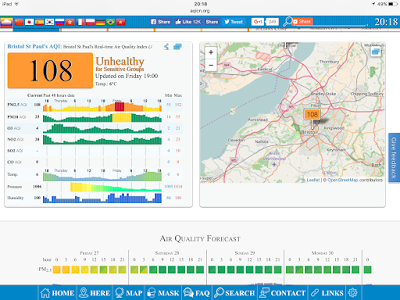 Does that mean that second hand car customers all decided that they wanted to buy diesel cars? No: it was documenting the harsh truth: you don't get a fucking choice. For many types of car, petrol models are rare on the ground. Estate cars, MPVs: mostly diesel. The choices of engine you get three year are really the choices made by others in 2013. EURO5 diesel it is. Sell your car threes later and in 2019, people down the food chain, again, diesel is what they get.

The longevity of modern cars means that diesel will continue to pollute our cities even if sales of new cars diesel engines were banned tomorrow.

That's what the "Scrap a diesel" program admits. It admits that the cars built 15 years ago are out there, and rather than have any form of restriction on their use, they "may" even reward drivers.


CO2 isn't the only evil being scrubbed out. "There are other tailpipe emissions to take into account," Everitt says. "We're going to see the benefits of these extra new cars affect road accident statistics and the health of us all for years."


Well, times moved on. We aren't seeing those health improvements: urban NOx pollution has got worse. And now, in 2017, the SMMT are back cap-in-hand, saying "this time a scrappage scheme will work".

Another scheme may work for the SMMT, but it scrappage scheme won't deliver, any more than the first one did.

#5 is key: if we are to have a "pollution cutting" scrapping scheme every ten years, then you may as well buy another diesel, expecting that another decade from now, the country will again give you a discount for getting a new one. Todays "clean" EURO6 diesel cars will be come 2028's "dirty" diesels.

And they buyers of second hard cars? Along with getting no choice, if you buy older cars, well, why not get a 2017 diesel in 2024, expecting a discount on replacing it you wouldn't get if you;;d bought the rarer 2017 petrol models?


There is a better way. Abandon the carrot, point out the stick on the horizon, and bring it out on emergencies today.

Imagine if the government worked with a set of cities to set a timetable, today, for a ban on EURO5 diesels by 2020, EURO6 by 2024, charges for petrol cars higher than those of electric and hybrids. It may seem a long way off, but what it says for today's purchasers of new cars, "petrol cars will be worth more when you sell them"

Because that does matter, today: the perceived depreciation of the cars you buy. If, after ten years, a diesel car is unusable in town, its going to depreciate far more than a petrol one. That changes the running costs, as unless you drive lots and lots of motorway miles a year, getting the most of the MPG difference, a diesel car will cost you more per year.

And before that scheduled ban is rolled out, the government can give cities the right to roll out emergency diesel bans, which will block all diesel cars on "critical days". The standard for those could be kept high —what matters is their very existence and intermittent use. Every day one happens, it highlights how big a problem NOx pollution is, how much traffic is to blame, and again, scares people off buying diesel cars —new and second hand.

Returning to those second hand diesel sales: the ratio of petrol:diesel is meaningless, all it reflects is new car sales 3+ year ago. What is informative will be selling price —whether or not diesel cars depreciate faster. As every sign that diesels depreciate faster is another sign to new car buyers that diesel isn't a cost saving —its a financial mistake.
Posted by People's Cycling Front of South Gloucestershire at 20:55 No comments: