South Gloucestershire Council: this is how it is done

For the S Gloucs team -you don't need to fly to Amsterdam to get a hint of what could be done. just head down "the concorde way" to the city to see a new bridge done by the Bristol Team. 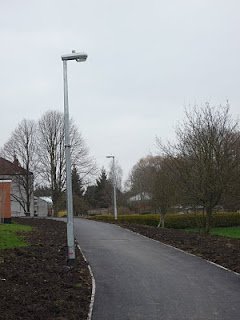 It has lights. Clearly overkill, but it makes it feel less threatening to pedestrians, and reduces the risk of pedestrian/bike conflict as they can see each other. [That said, in-path solar lights would have kept things wilder, retained some visibility and not pissed off the locals so much] 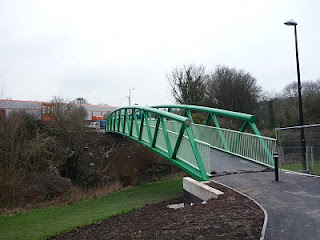 It has one, count it one bollard at either end of the bridge, to keep motor traffic off. And there is a reflector on it.
there are
If there were bollards all down the bridge and the path was actually popular then it would be dangerous. Hence the cycle city team -who want their paths to be used- left them out, except to control car access. They could still do with a bit of daylight highlighting, but otherwise it's a lovely bit of infrastructure. But what does it connect up to? That's right, the S Gloucs council works. 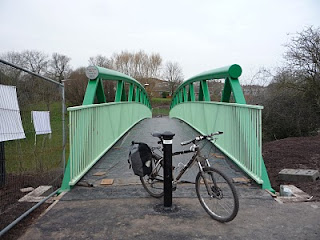 Come on S gloucs cycling team, head south and see what can be done!

(note this doesn't mean we think much of the route from Abbey Wood to this bridge, more on that another day)
Posted by People's Cycling Front of South Gloucestershire at 11:35