The Cycling Front claims victory in the Battle of the Bollards

Comrades! Citizens of South Gloucestershire! We have been quiet recently, but today have decided to confirm that it was our actions -along with someone making the national press from crashing into them- that caused the bollards of death to removed from the path West of Abbey Wood. 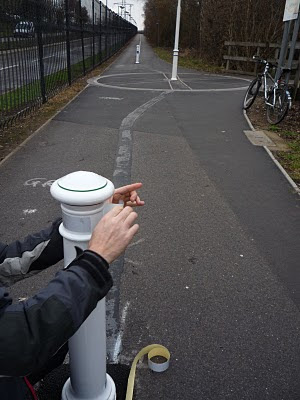 It was only after our direct action (and possibly the threat of more injury lawsuits) that the council acted to remove the bollards they had put in to try and keep people walking and cycling separate. 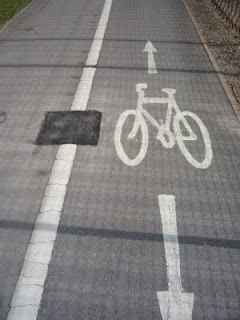 It is now possible for two bicycles to pass one another, albeit by having one of the bicycles swerve into the "pedestrian" side. 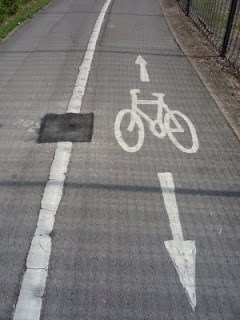 It is now possible to cycle along the path at night without hitting bollards which had to wait for direct action by the People's Cycling Front before they were visible at night. 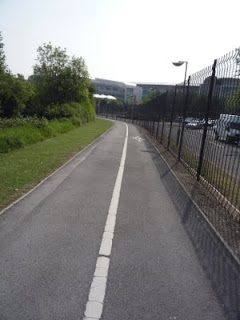 However, the fundamental problem remains: the path is too narrow for people walking from the station to work or college and bidirectional cycling traffic. It may seem quiet here, mid-morning, but before 9:00 it is busy with people walking to work -often after haven gotten off the train, others cycling to work and schoolchildren. It's not just that the path isn't wide enough for the current load of bicycle and pedestrians at this time of day -it's not even wide enough for the current number of pedestrians. 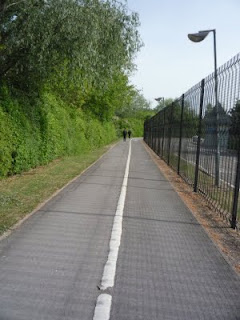 Which raises a fundamental question: what were their traffic plans for the concorde way going to be? If there was going to be an increase in cycling, then an increase in conflict was inevitable -and the solution would be to widen the path. Not bollards: path widening.

This is the fundamental issue here: the walkers and cyclists are left scrabbling for leftovers while the council's main traffic "investments" go into road widening.

Posted by People's Cycling Front of South Gloucestershire at 16:21