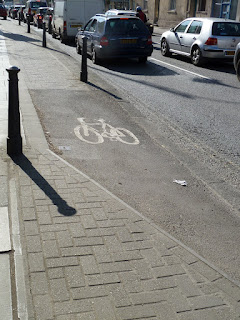 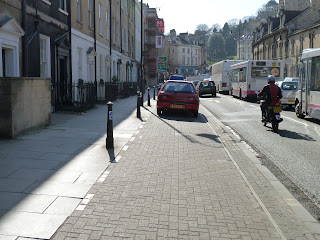 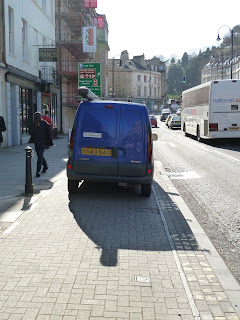 Why park here? Its where they can park without "inconveniencing" anyone, the bollards keep the cyclists away from the pedestrians, but to fuck all to stop cars. And the council doesn't give a toss either
Posted by People's Cycling Front of South Gloucestershire at 13:00